skip to main | skip to sidebar

We had a nice sunny day today, so why not take the opportunity to do a little weathering. 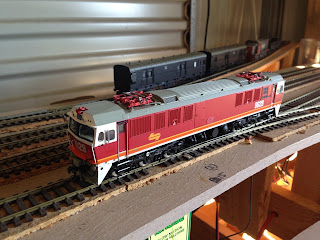 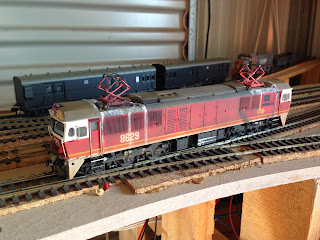 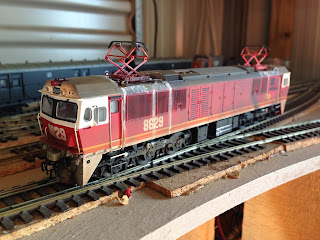 I found an image in "Under the wires" of 8649 that had a lot of white washing running down the side so I thought I'd do my best to replicate it. 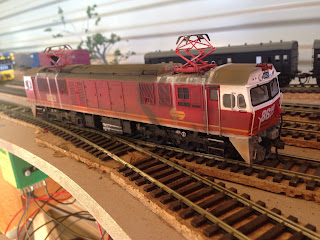 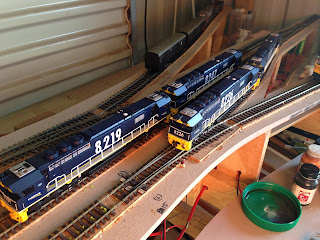 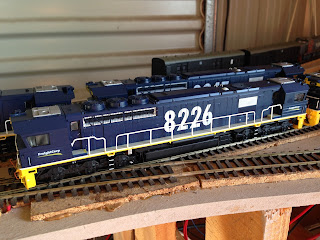 Straight out of the box. 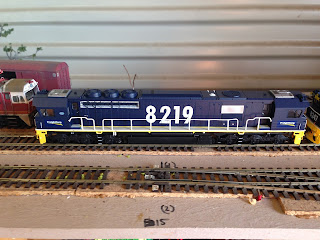 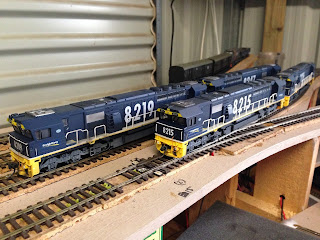 The 4 models afte being in service a couple of months.  From all of the pictures I have seen of 82 class they are rarely filthy.  They generally have dust on the roof and around the bogies. 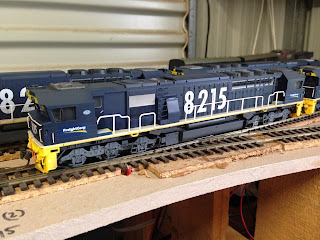 Just need to weather the 77 hoppers that run behind them now!

sparksey4869
I have too many kids and not enough time to play trains, but I cope! I am building a point to point layout based on the Moree to Boggabilla line, with a lot of licence, in fact it's all licence. I model NSW, VR and AN in the 80's.